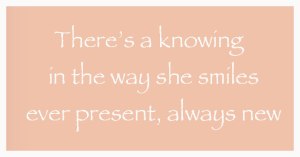 Everybody loves a good secret. The mystery is compelling. “I know something you don’t know!” Is just knowing, the ultimate satisfaction? Or, is telling the secret an uncontrollable urge that’s surprisingly fun? And, haven’t you known someone who simply wouldn’t tell? Do you admire them or are they secretly suspect?

Renaissance artist, Leonardo da Vinci, painted, sculpted, sketched, invented and studied in his studio/workshop in Florence Italy in the late 1400s. We imagine his excitement with the early models of his world-changing “flying machine” made of feathers and string, foretelling his eventual leap from the stone quarry cliffs of nearby Settignano, wearing his whacky birdlike construction.

Even though the hills of Tuscany remain alive with his genius, da Vinci’s most famous work was “just” a rather small painting—the incredible Mona Lisa, displayed somewhat secretly in the Paris Louvre. By all measures, it remains the most famous painting in the world, visited by tens of thousands every day. Mystery still surrounds the painting, some 600 years later. Who is she? Why is her smile so subtle—is it there one minute and gone the next? Is she about to break into a broad grin or quietly retreat to some private inner landscape? What exactly is she smiling about?

This is the point in the mystery where our imaginations really kick in.

Leonardo knew so many things about his world, universe, nature, form, structure, anatomy. We imagine that he would probably have also known about the Chinese philosopher, Lao Tzu and his birthing of Taoism many centuries earlier. If that’s true, he would have understood the external universe that mirrors the universe within each of us? Did he practice the Taoist meditation called the Inner Smile? Was it a regular part of his day? We imagine da Vinci reconciling inner and outer worlds, pursuing “enlightenment.” How would an artist capture that reconciliation within a solitary portrait? Mona Lisa.

The painting is also known as “La Gioconda” which means “joyful” in Italian. It’s also a play on words since his model, Lisa, was the wife of his friend Francesco del Giocondo, whose last name means playful. Leonardo made the idea of happiness the central motif of his painting. What a curiously simple, yet intriguing face da Vinci chose to represent the complex philosophy of Taoism. Perhaps Leonardo struggled to contain his own wry subtle smile as he painted his mysterious subject. After all, he was gifted in creating multiple layers of meaning within a single masterpiece.

HAPPINESS—This one simple message is powerfully rendered in his masterful painting. Mona Lisa’s smile speaks volumes: In the interior “workshop” of every person is a table strewn with feathers and string, just waiting for us to fashion our own invention—our own unique “flying machine.” With our creation we imagine that we could soar through the universe, at one with everything, and in perfect balance with nature. If we were to catch a glimpse of our image in a mirror, a teaspoon, or a pond, would we recognize that same mysterious smile? Would our faces reveal a balance between joy and intrigue—some exquisite secret, hidden in plain sight? Would we ever tell? The secret could be ours alone. Perhaps Mona Lisa is truly ONE with nature, and knows it!

There’s a mystery in the way she smiles
Hides a secret that she knows
Making good on all the promises kept
So silent and still, pleased with herself

There’s a twinkle in her distant eye
Hints at something deep within
Where she houses such a fortress secure
So no one comes in, the secret is hers

Wrapped up in gauze
Feathers and string
The secret is hers
Locked up, tucked safely away

Someone weaker might struggle, give way to temptation
Even finally swayed to reveal
Such a deeply held secret
To be the first one to tell
Just to tell

There’s a knowing in the way she smiles
Ever present, always new
There’s no reason for a doubt or concern
The keeper of light, the secret is hers

She’s a mystery we may never know

This musical story is dedicated to Dr. Jacintha “Jaz” Roemer for her shared interest in the Leonardo exhibit in Florence Italy (2019), and her engaging conversation that introduced us to Taoist Philosophy and the “Inner Smile Meditation.”

Quality time is great—but quantity time is what relationships are built on! Take time to partner.